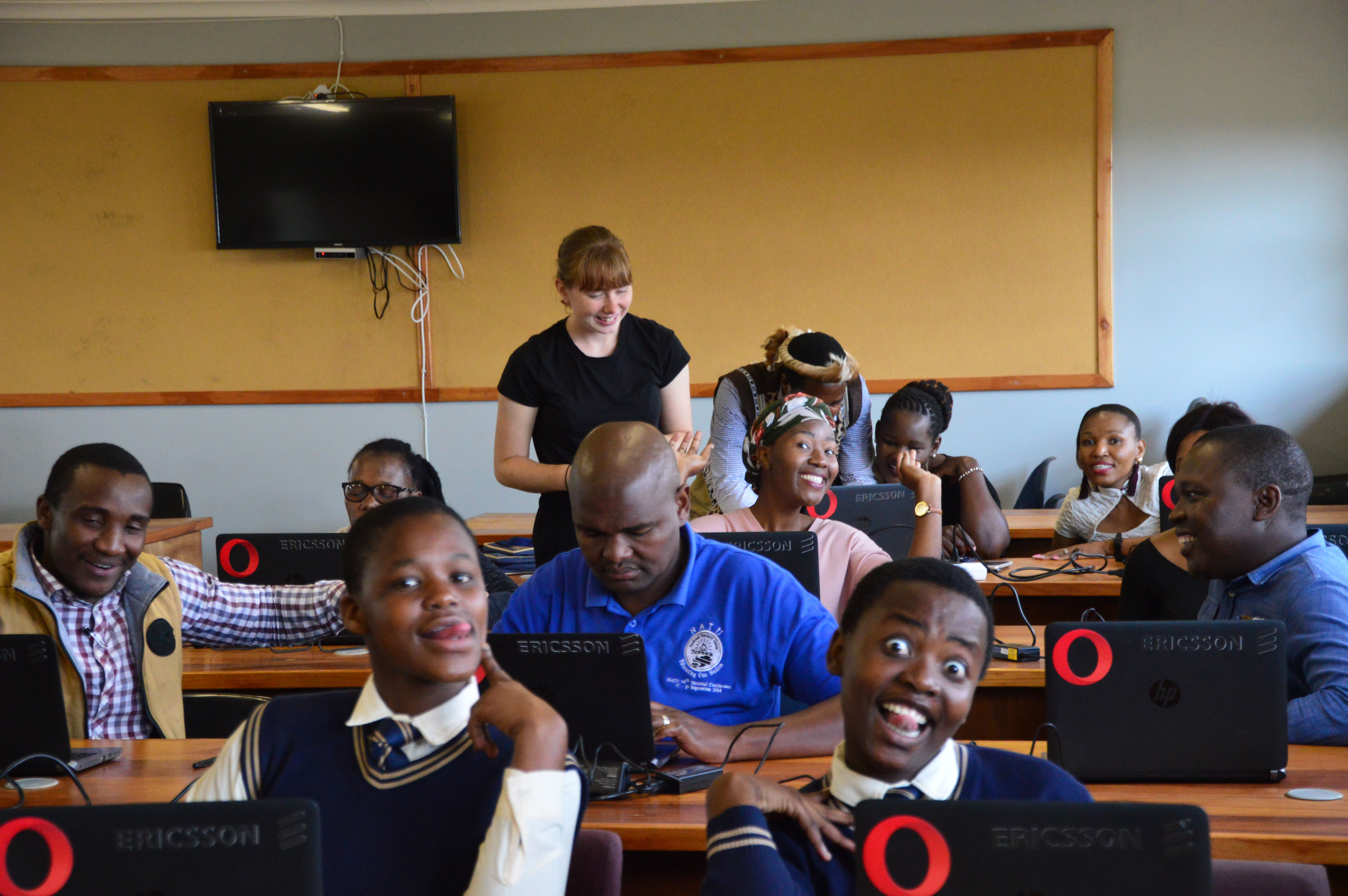 During this last week, we had a lot of computers left since the last week was cut a bit short. So what we did was that we stepped up the game a bit and tried to go to more schools per day. This wasn’t as easy as it might seem since all schools end at 14:30, at the latest, and the distance to the schools can be up to an hour from Star for Life’s office, where we keep the computers. This week, we donated 79 computers. In the end, we succeeded and managed to hand out all the computers we had with us to 14 different schools.

This Tuesday we went to two high schools which had been renovated recently, Bukimvelo and Cwakeme high school. They both had very well equipped computer labs, but sadly they contained no computers for the learners. Now a tiny bit of information about English in South Africa, learners are what they call students here. A lot of the English is the same but some expressions are a bit different, for rent is to let and opening hours are called trading hours. Now back to the schools. 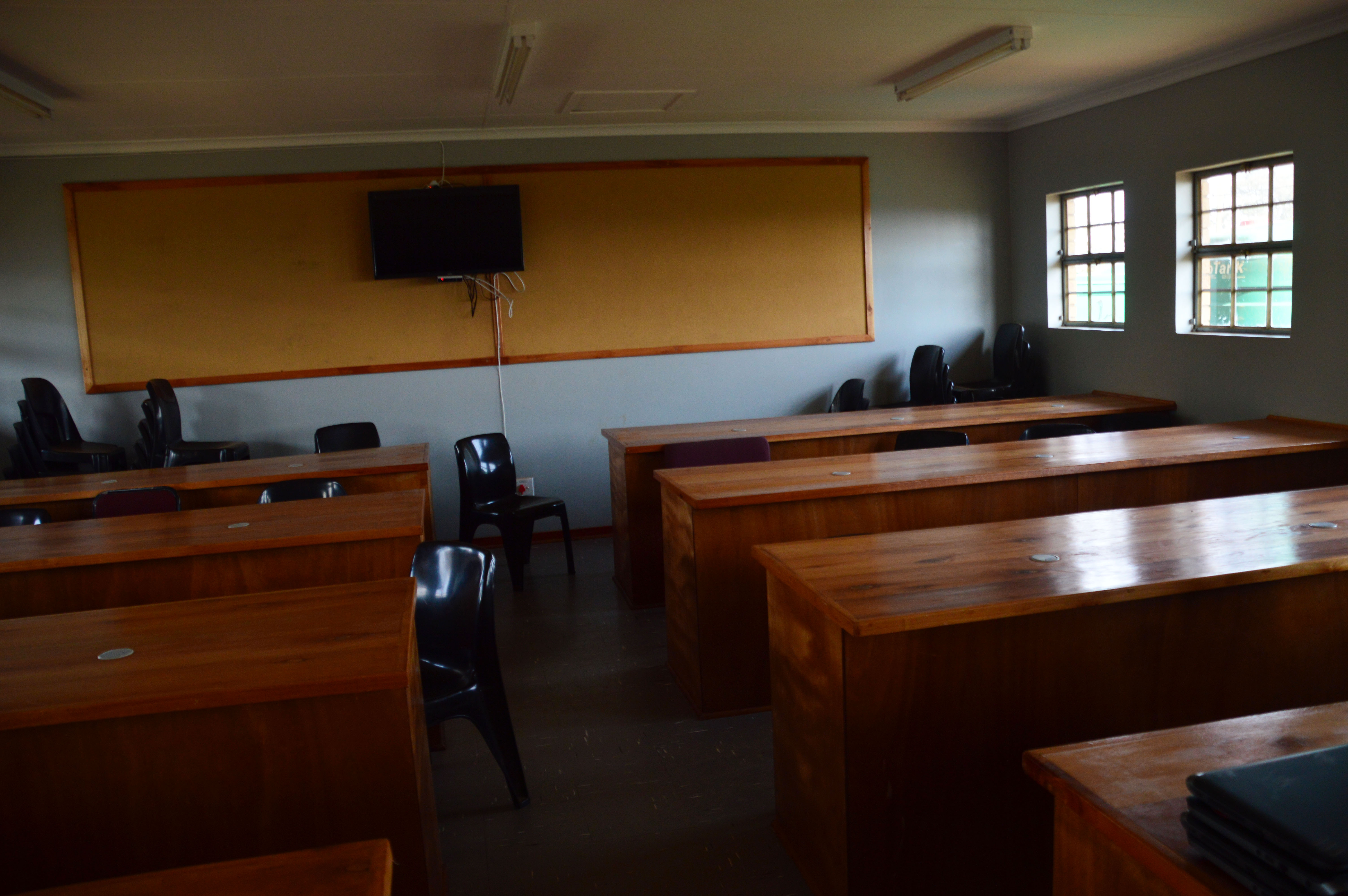 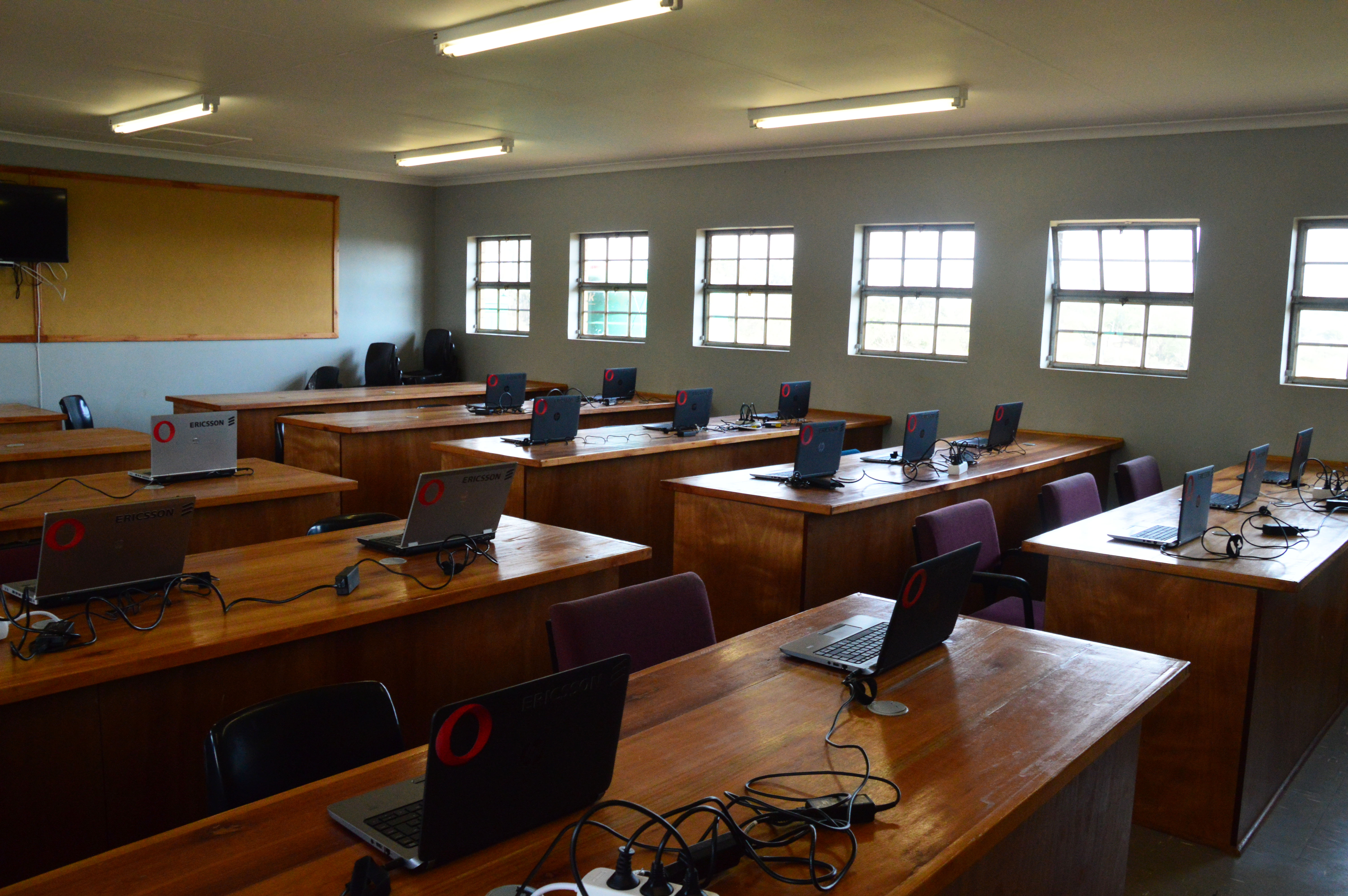 Before and after picture at Bukimvelo High School.

At most schools, we have been instructing a few teachers about the computers and then letting them teach the others. This has most often been the computer teacher but at some schools, where there is no computer teacher, we have either taught one of the more interested teachers or the principal. This Tuesday none of the schools had computer teachers and at one of them, Bukimvelo, we figured we would teach the principal and possibly a teacher. We asked the principal to bring teachers so we could teach them as well, and also that maybe it would be fun to let some learners use the computers while we were there. Said and done, she filled an entire classroom with learners and teachers. This was not really what we expected but it went very well and gave us an opportunity to give a (very improvised) class on how to use computers in general, work in text-editors and do research in the offline version of Wikipedia. 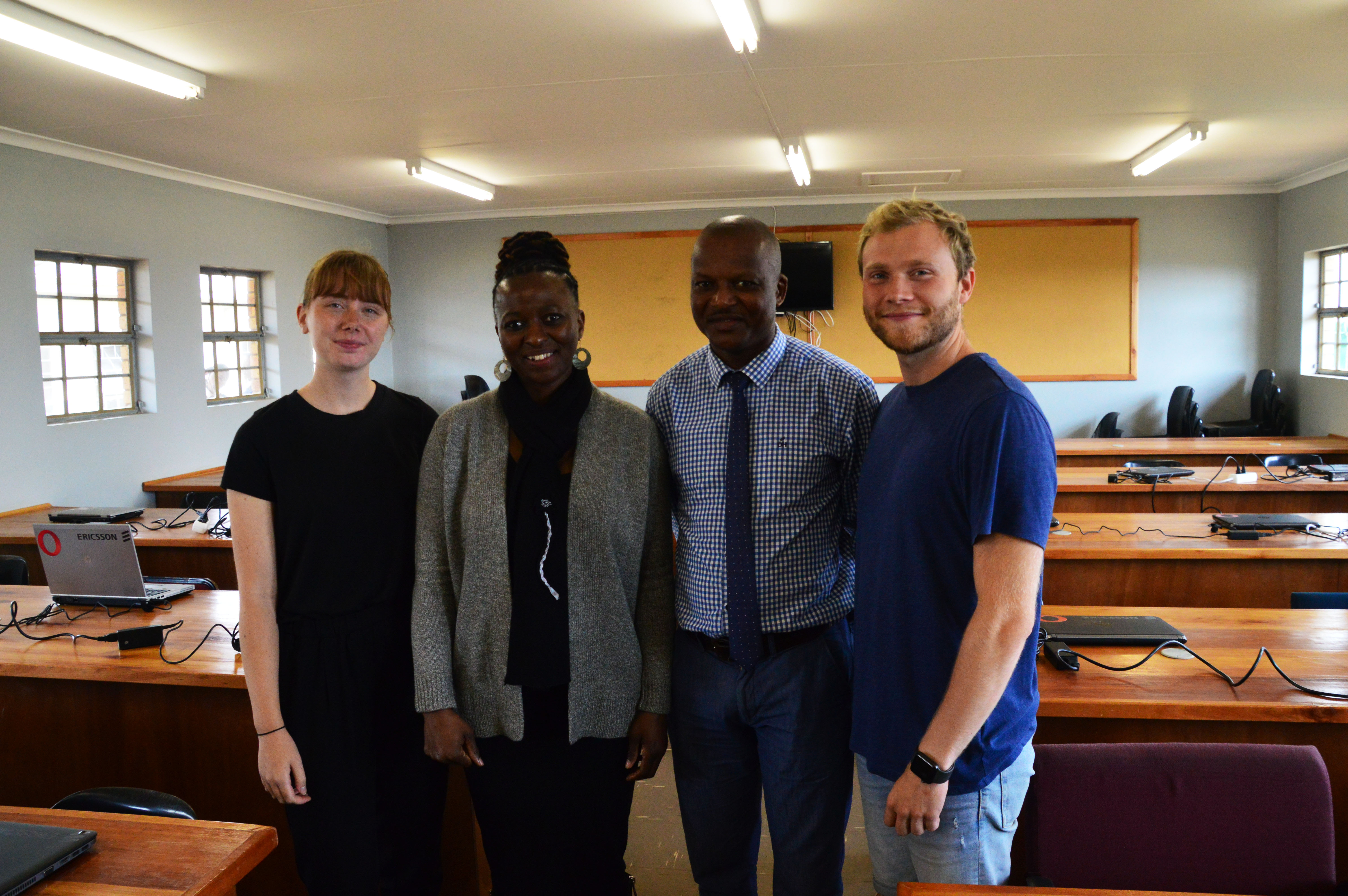 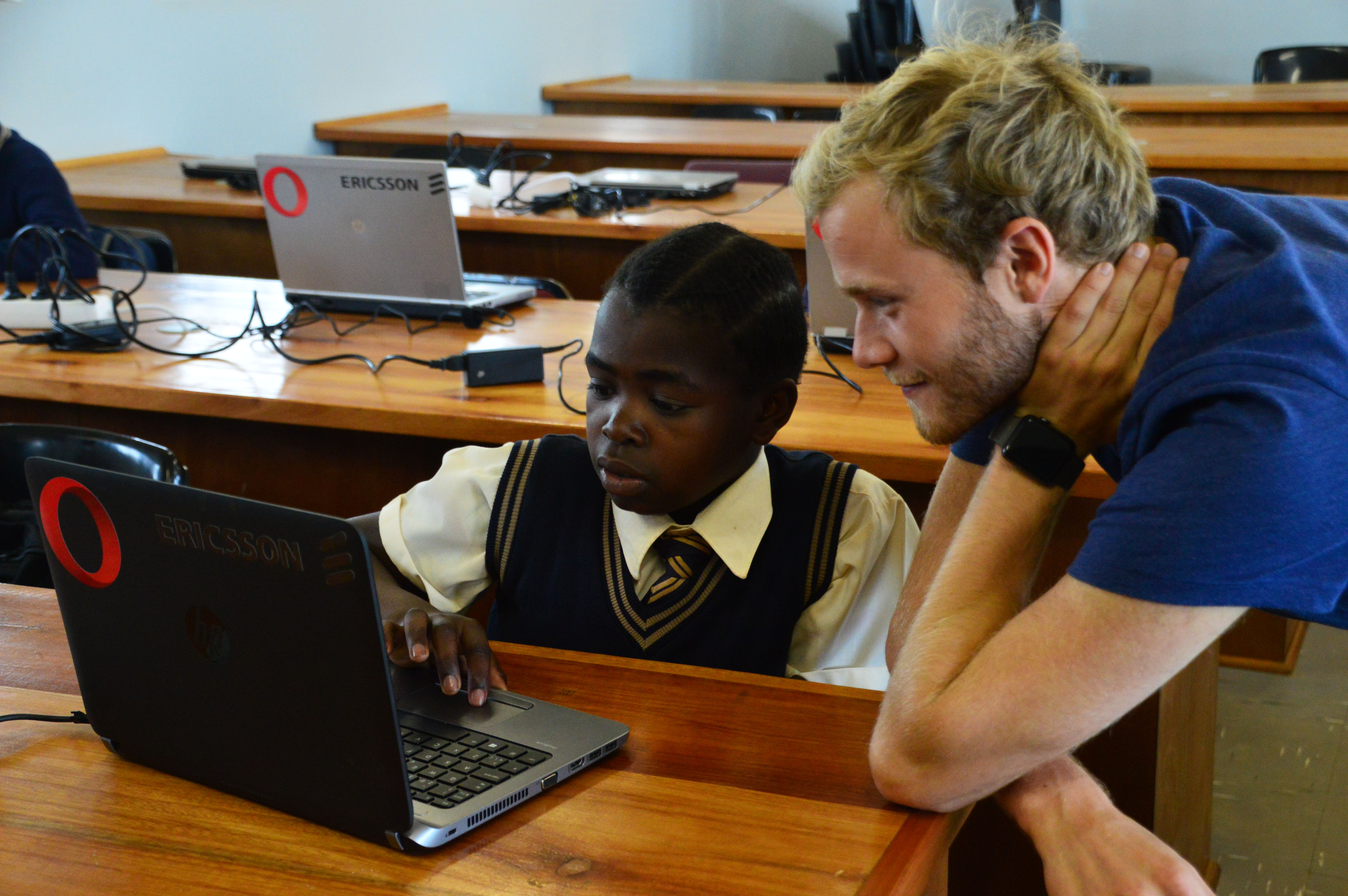 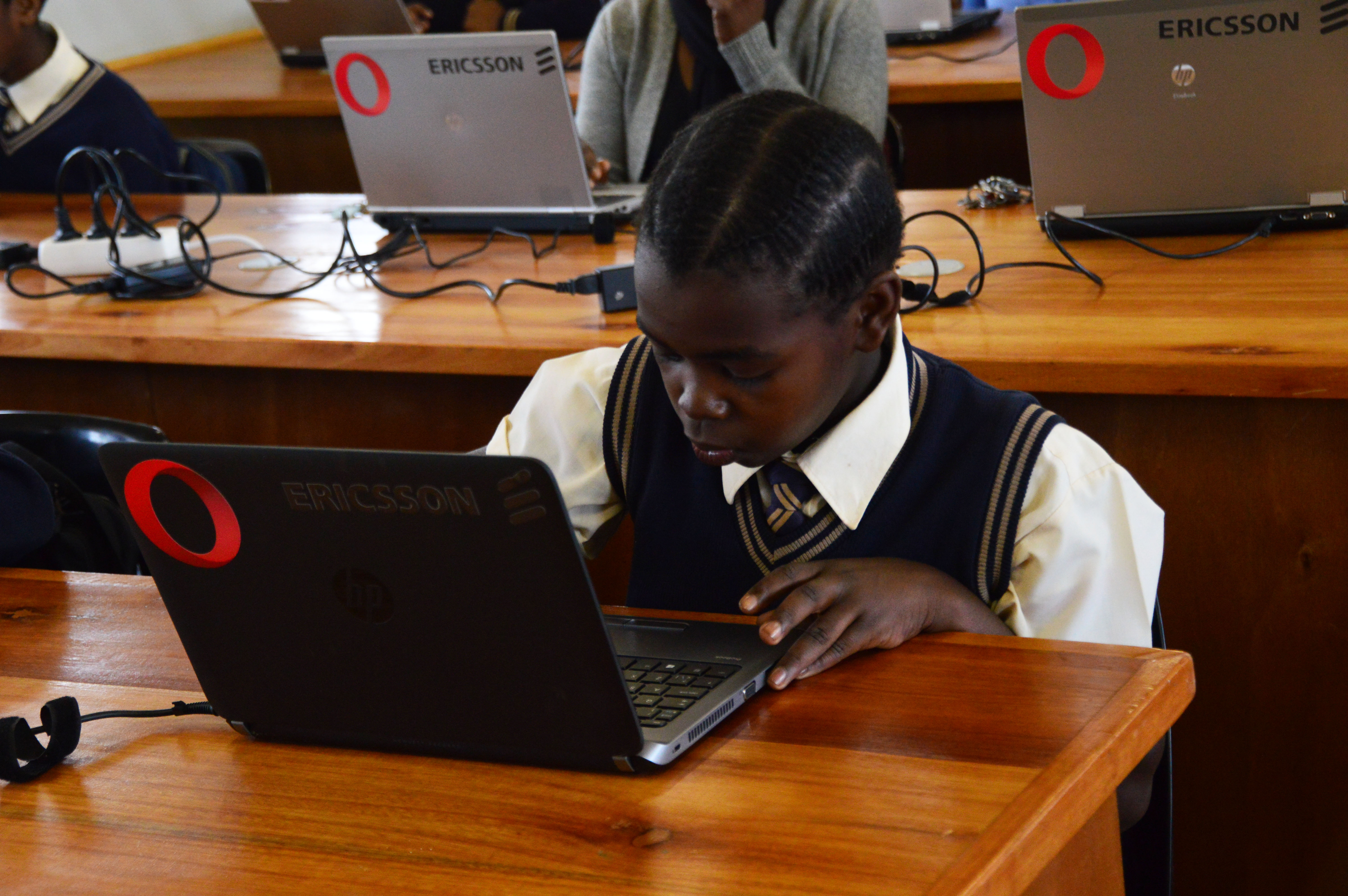 In the end, we let them use the computers freely and went around and helped them. While showing the teachers things that might be useful for their respective field the kids had a different mindset. One of them reached their hand and said “Excuse me mister” to Simon. As he went there to help her, she pointed to the screen and whispered “games” so that the teachers couldn’t hear. Apparently, it is not only children back home who are more interested in games than schoolwork. 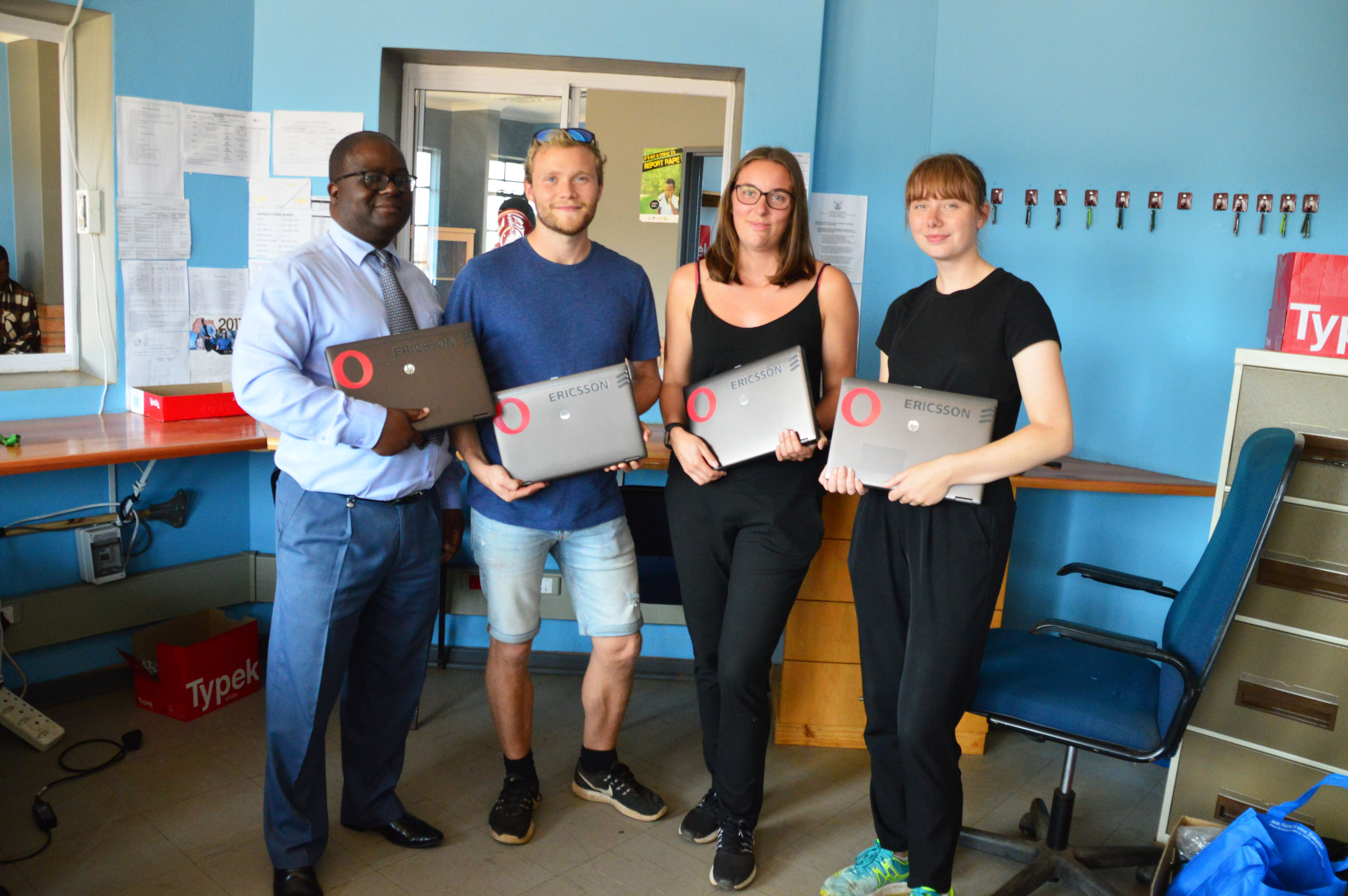 We and the principal named Alphios at Cwakeme High School.

One school we visited, Emthulasizwe High School, had gotten desktops from previous CESA, but unfortunately, they got robbed last year and lost all their desktops. Luckily they had some laptops that they got from one of our sponsors Ericsson. These laptops they had in a strong room that the robbers could not get into. With our new laptops, they now have a total of 31 laptops. The laptops are easier to move and they keep them in a safer place. 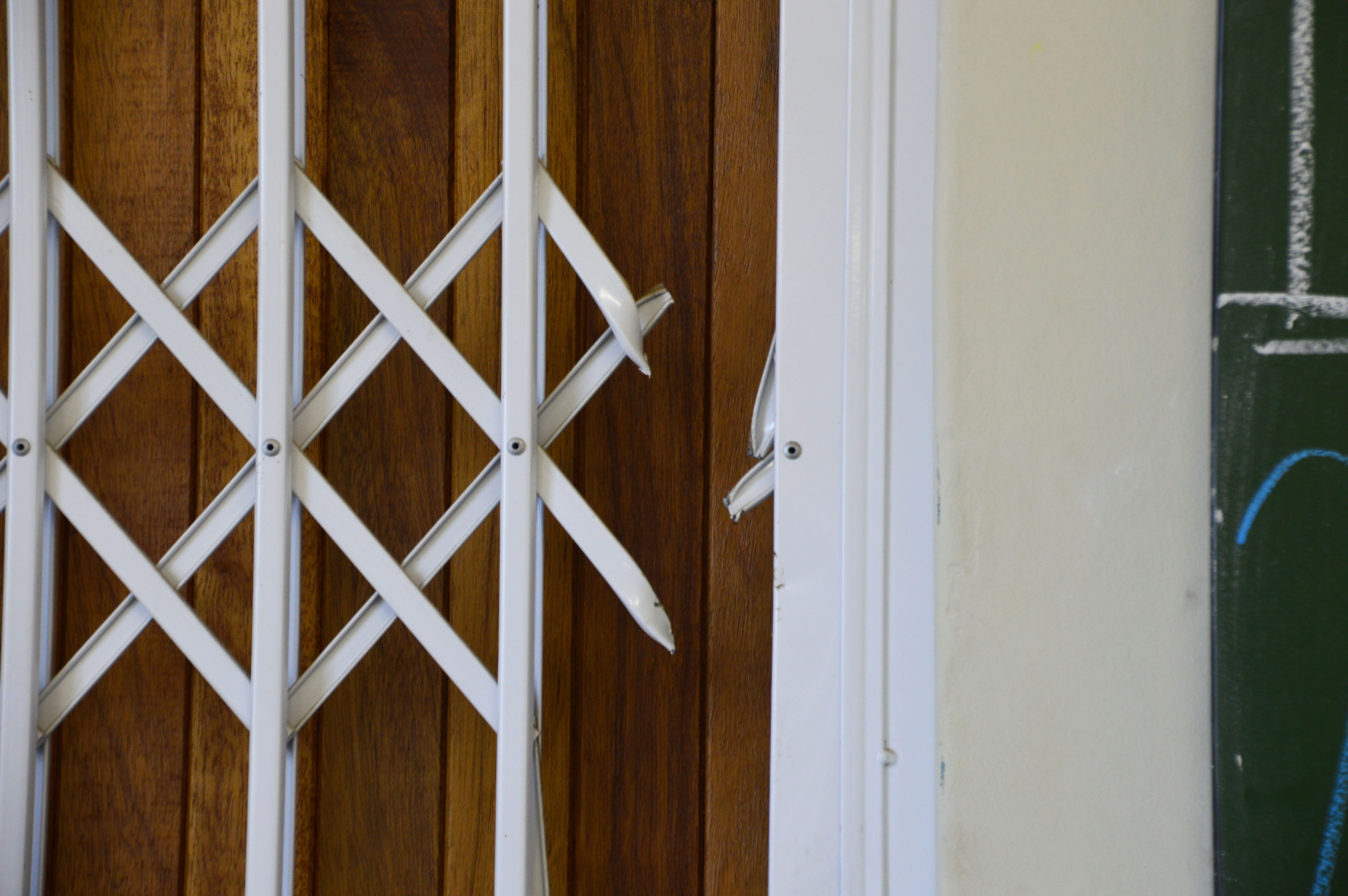 Damage from the robbery at Emthulasizwe High School. 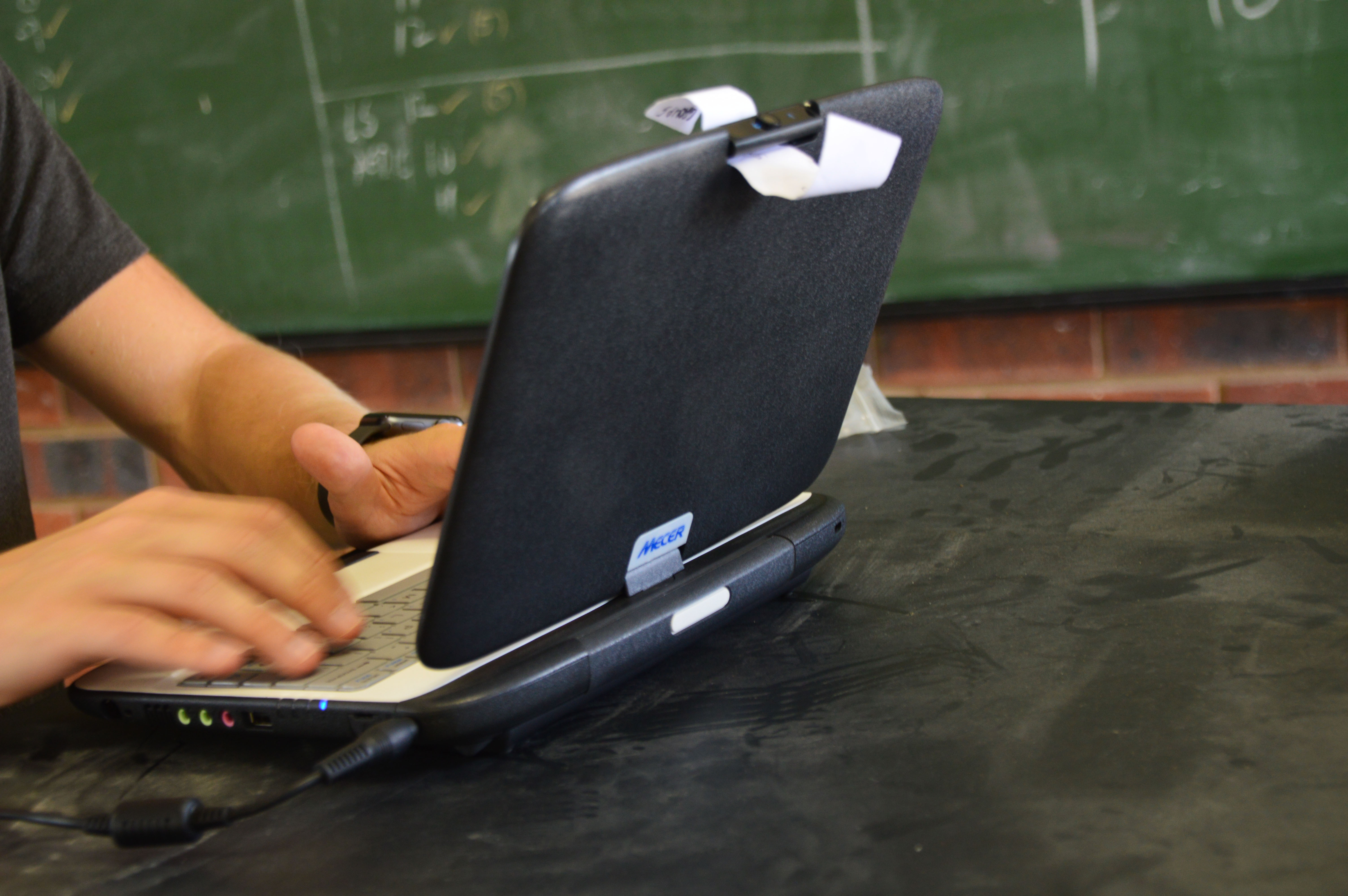 One of the laptops donated by Ericsson at Emthulasizwe High School. 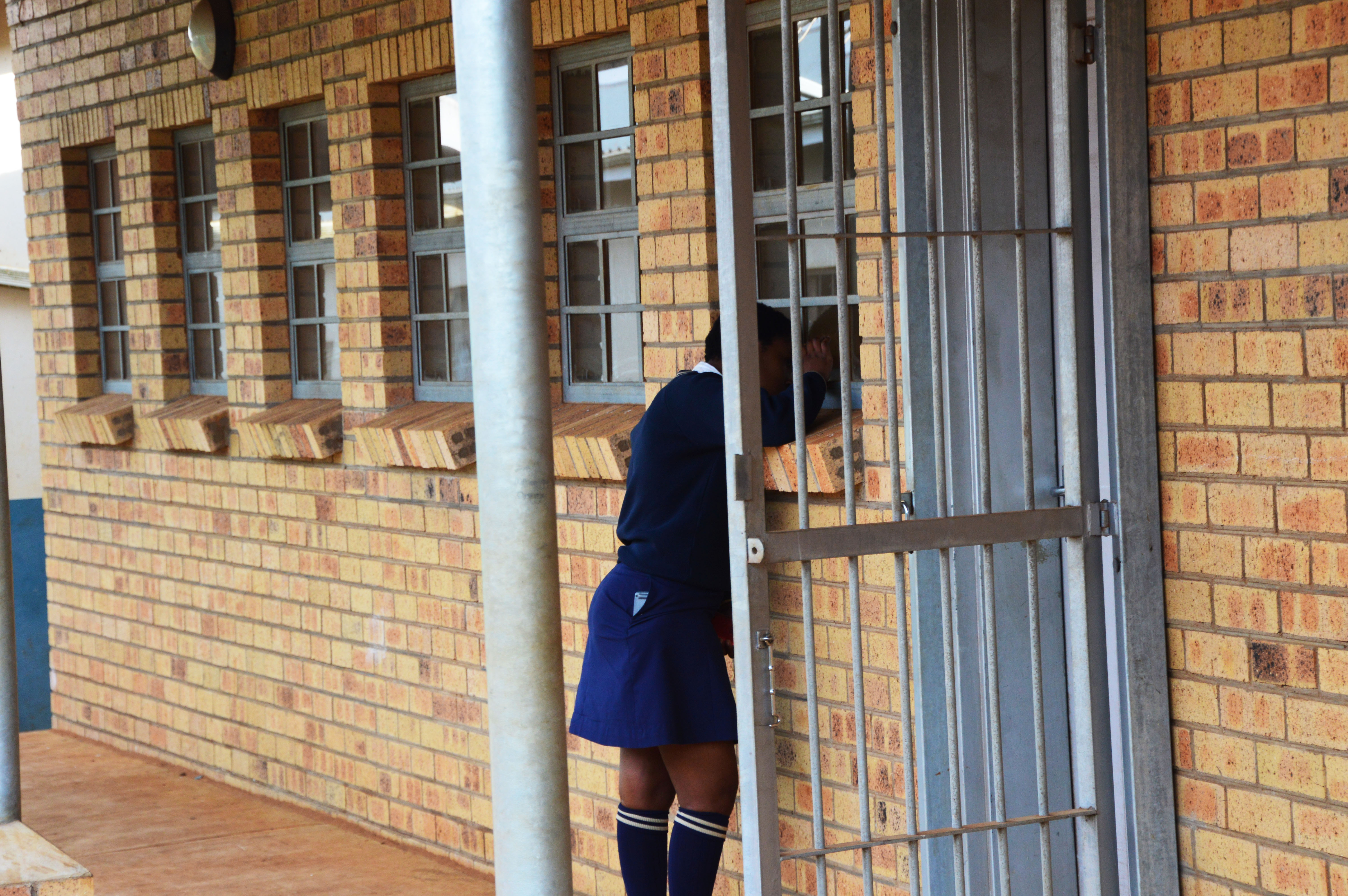 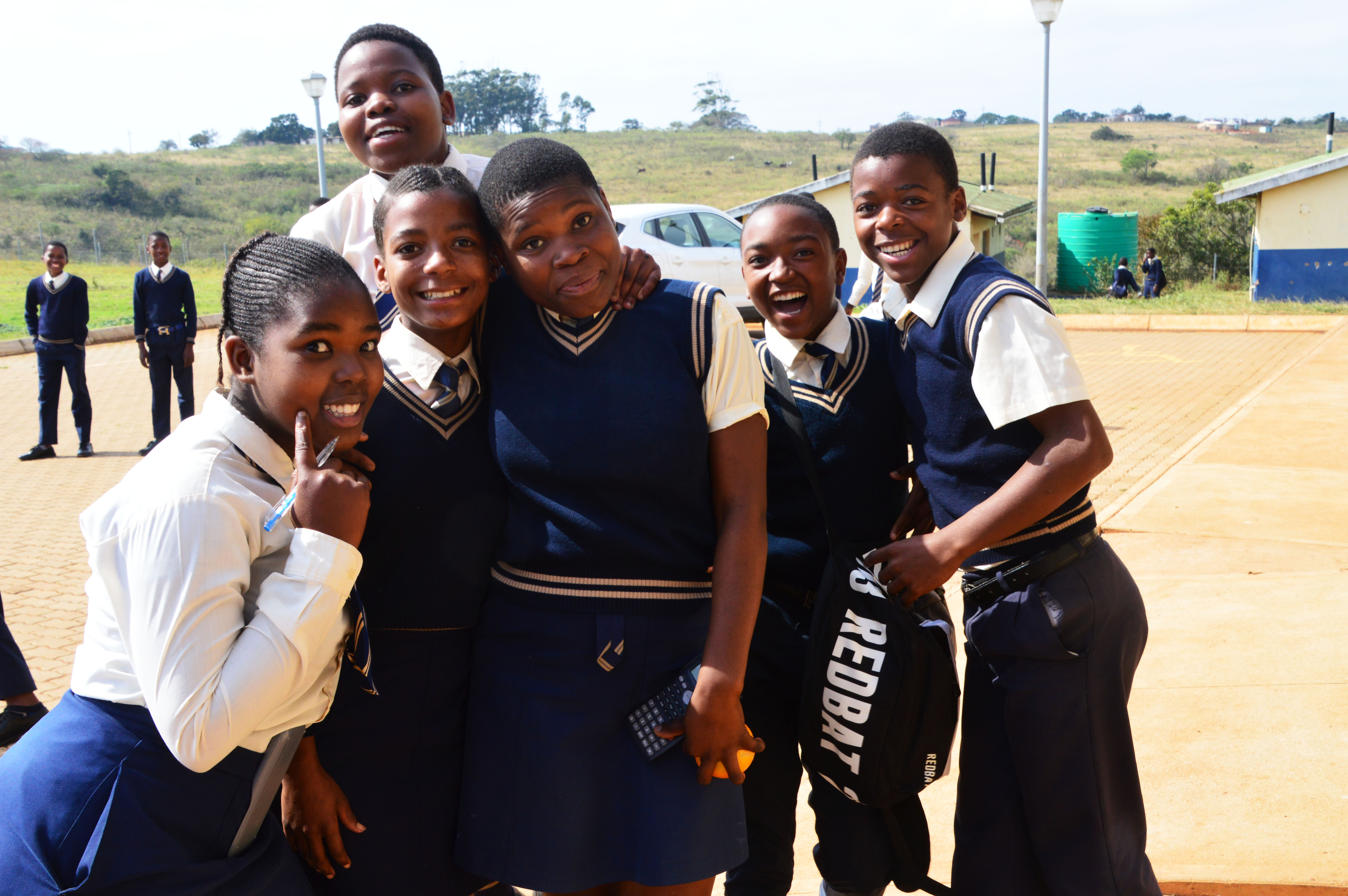 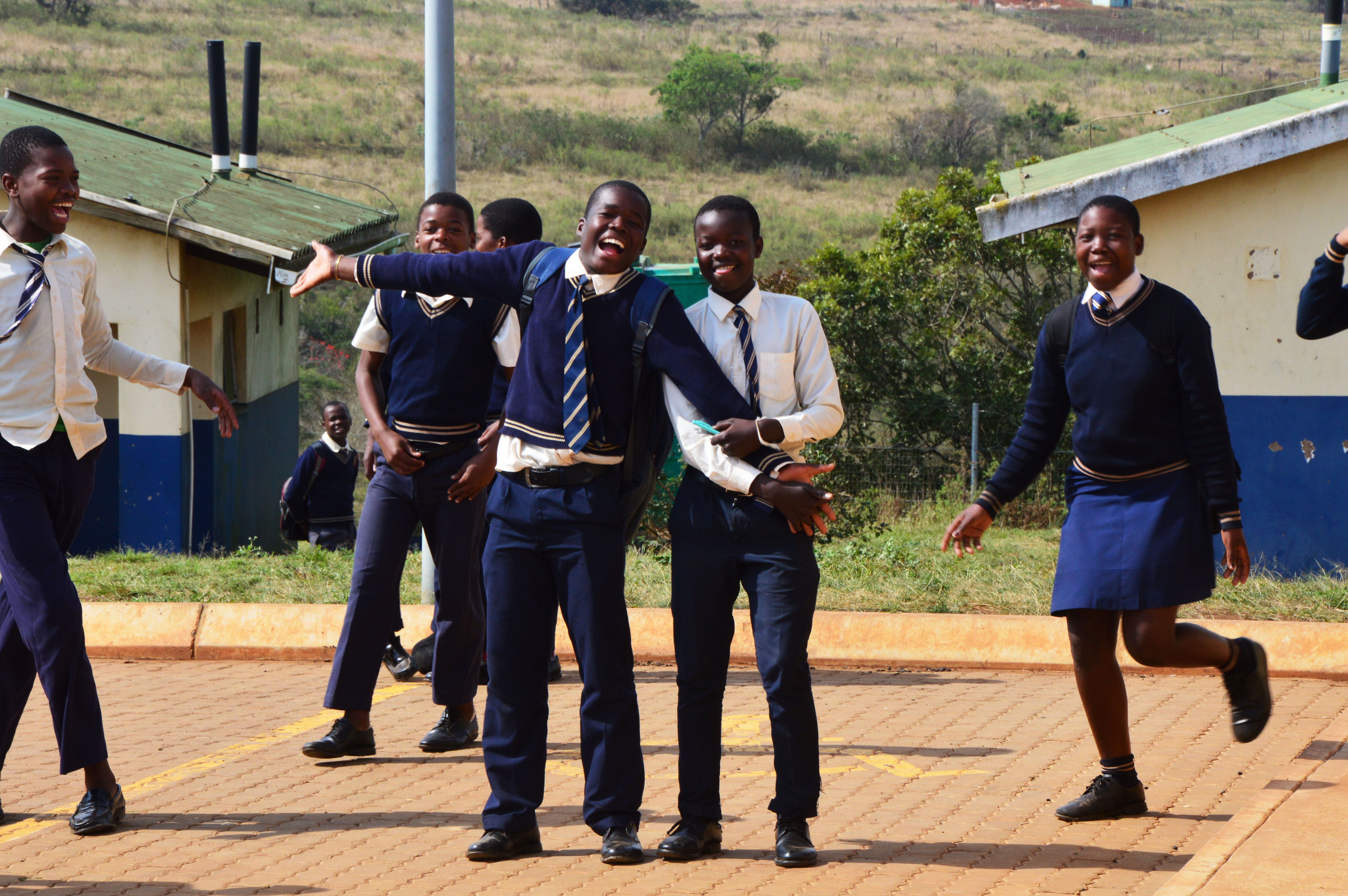 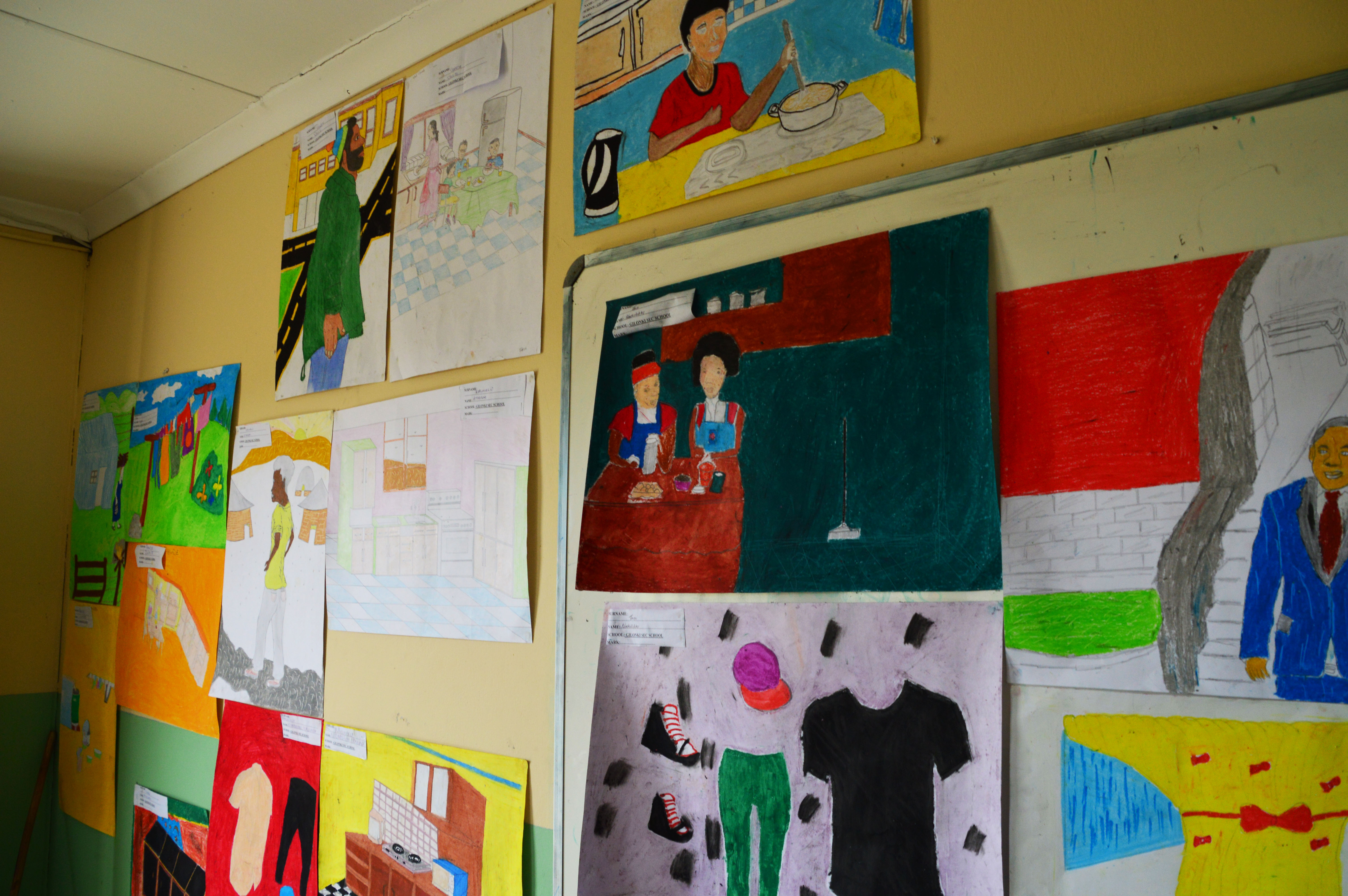 We also visited Nibela primary school, a school with tablets for grade 1-3 and wifi, all sponsored by Sigma Technology, another one of our sponsors. They had sawn their own desktop covers to protect the 12 computers, donated by previous CESA years, from dust, which is a common problem here. They received 9 laptops from us which gives them a total of 21 computers. The access to internet here gives them endless possibilities to learn, and we introduced a few students to educational youtube videos. 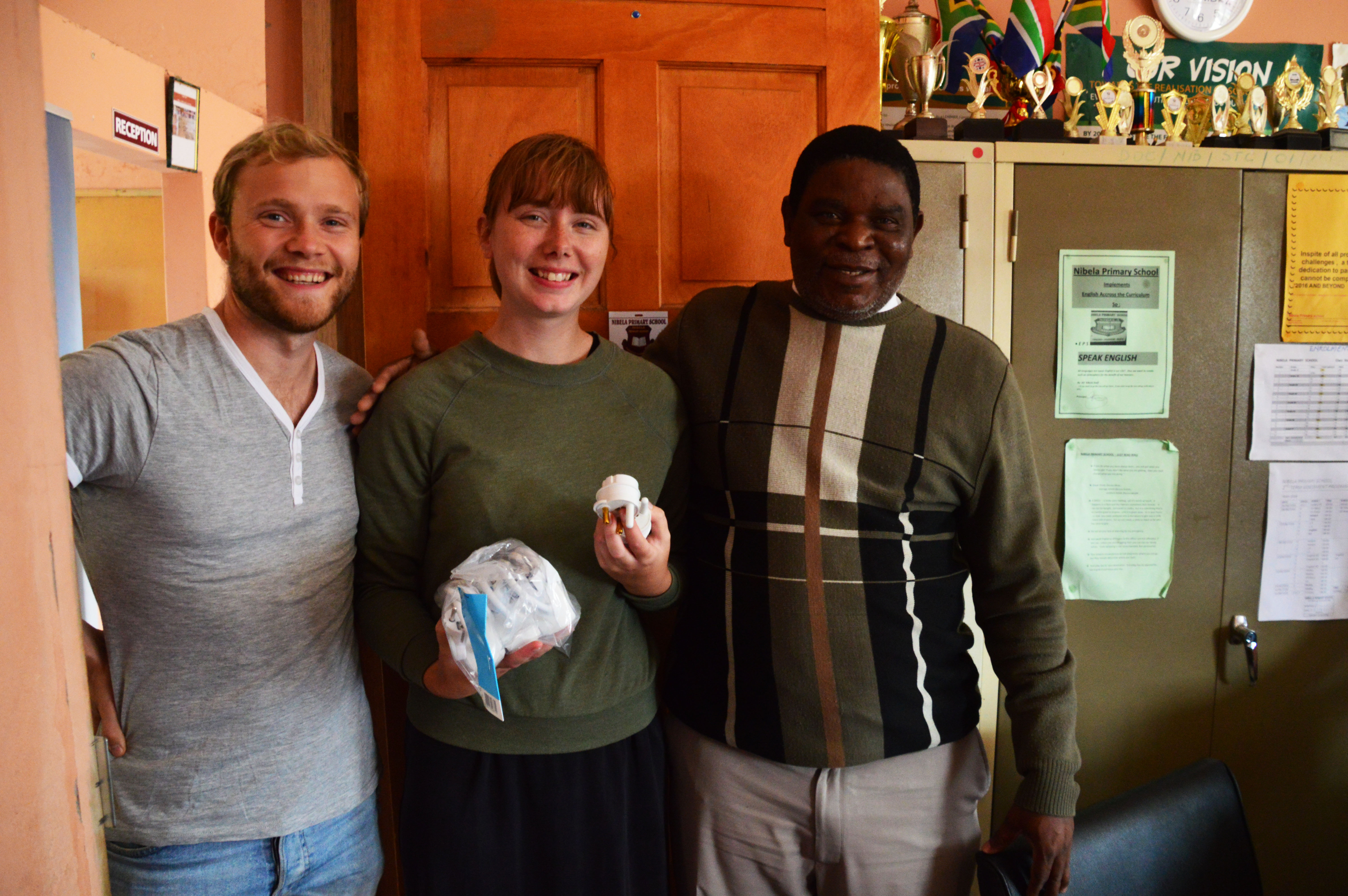 Simon, Hanna and the principal Steven at Nibela Primary School. 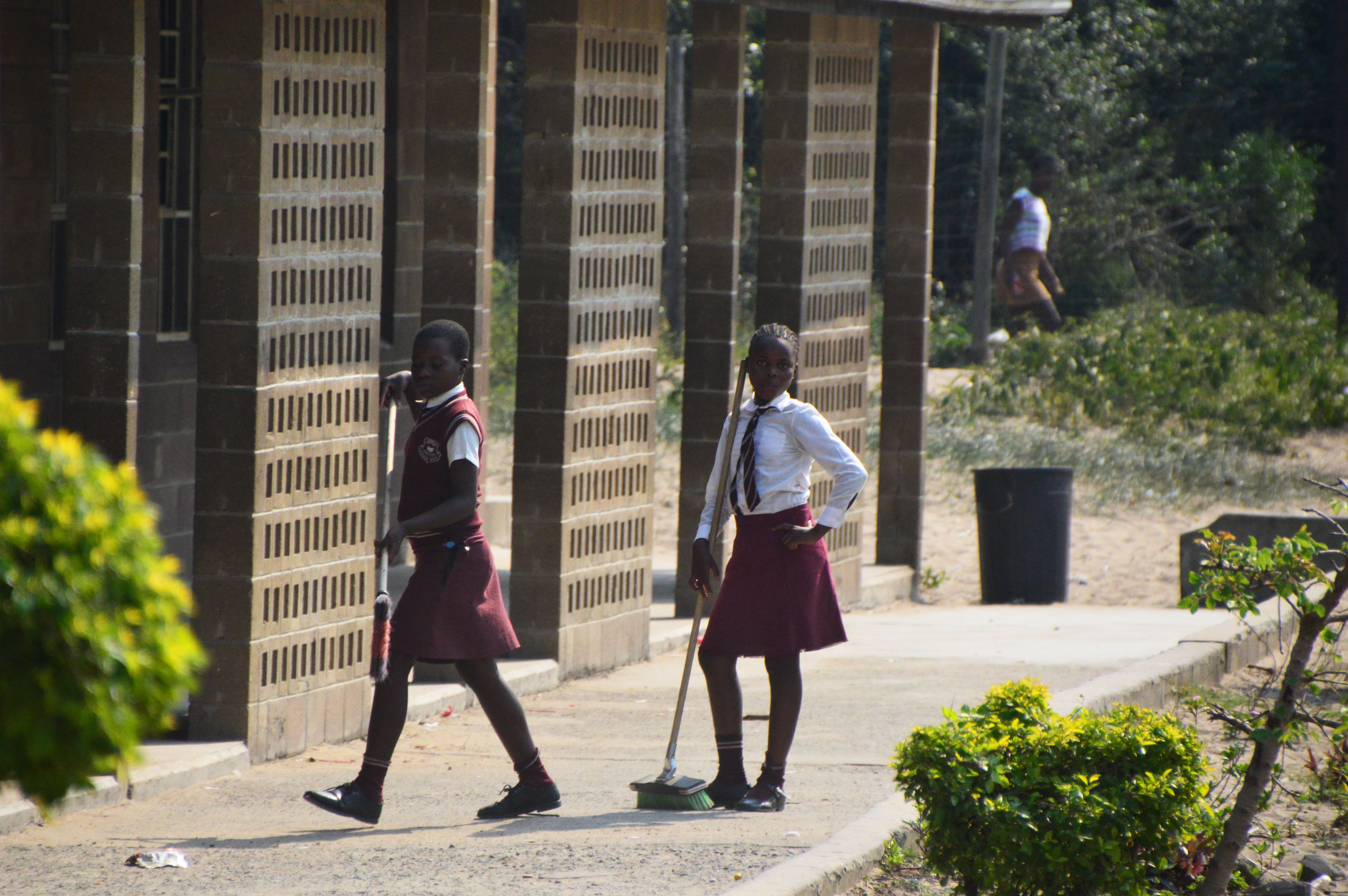 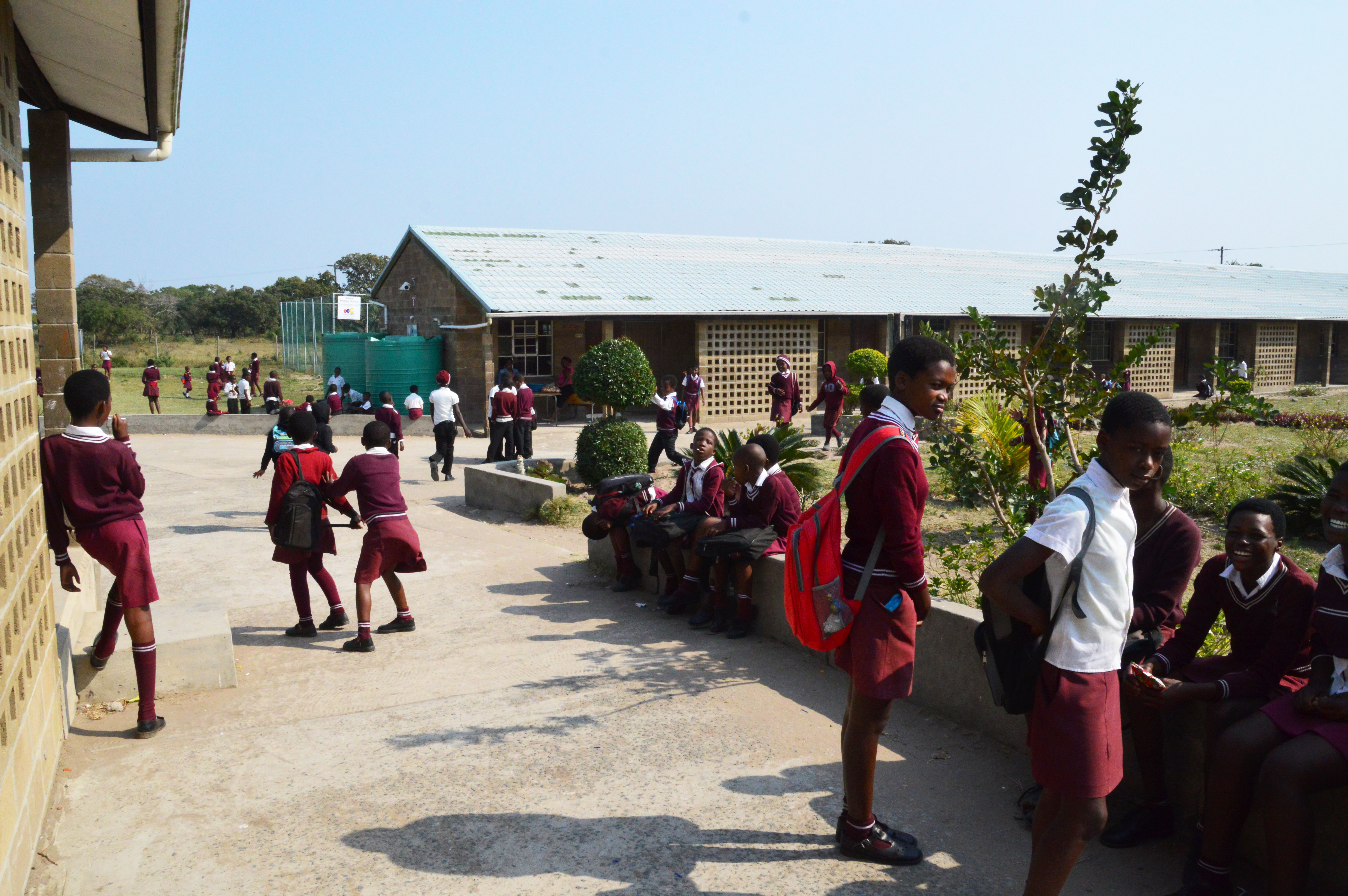 These three weeks have been really inspiring and it feels great to be able to help the schools in some way. All the work we had done has been really appreciated both by students, teachers and principals. Thank you to everyone who made this possible!