The last two days have been more vacation than work. Yesterday we went to Star for Life’s office in the morning and waited for them to contact the head of the area where there are schools that need help with their existing computers. After a long wait we were informed that there would be no point in visiting any school this day since they all close early due to a special occasion. The next day would be the municipal election and then the whole community stops to go vote, that means no schools are open and that they close early the day before to prepare.

So then there was nothing else for us to do than to go back to the guest house and try to prepare ourselves for visiting schools on Thursday and Friday instead as well as trying to solve the problem with the computers stuck in customs. As of now we still don’t have a date but hope that they will arrive on Friday.

As the computers are running late and probably won’t leave us with any spare time the next two weeks we are trying our best to use these days to enjoy South Africa’s wildlife. Yesterday after finishing the rather short work day our hostess Tracey brought us with her to go grocery shopping in the nearby town. We took the road through the game reserve and got to see a giraffe and rhinos up close as well as kudu, duiker and some other animals. After we were done at the supermarket Tracey showed us the place where you can buy really good and cheap fruits and vegetables. We bought 5 pineapples, about 2 kilos of avocado and a lot of bananas for only 90 rand (that’s about 60 kr)!! Everything was homegrown in the local farms and tastes delicious! 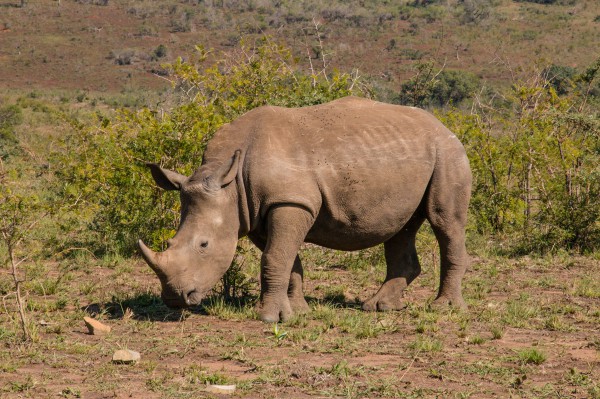 That night we went star gazing in our backyard and you can actually see the milky way from the lawn behind our guest house! Simon took some awesome photos of course and we will probably spend more nights out there.

So today was election day and since we couldn’t work today we slept in and then relaxed in the backyard before going with our host Alec to Falaza Game Park for a walk. It was a wonderful walk and Alec was an excellent guide! The forest in itself was really cool with a lot of big old trees and vines. We found a lot of bones from dead animals and the coolest of them all was a skull from a Hippo with really big teeth and tusks. We had to dig a little in the sand to get it up. We also saw a lot of paw prints from what was probably a leopard and hyena.

All in all two lovely days, we are so lucky to have these gracious hosts who continuously take us on new adventures! Now we feel more ready than ever to finally get to work!
/Elin, Björn & Simon